Live from BMW Welt: The Esports industry assembles virtually at BMW Esports Boost – Premiere for “The Rival Rig” from RIVALWORKS. 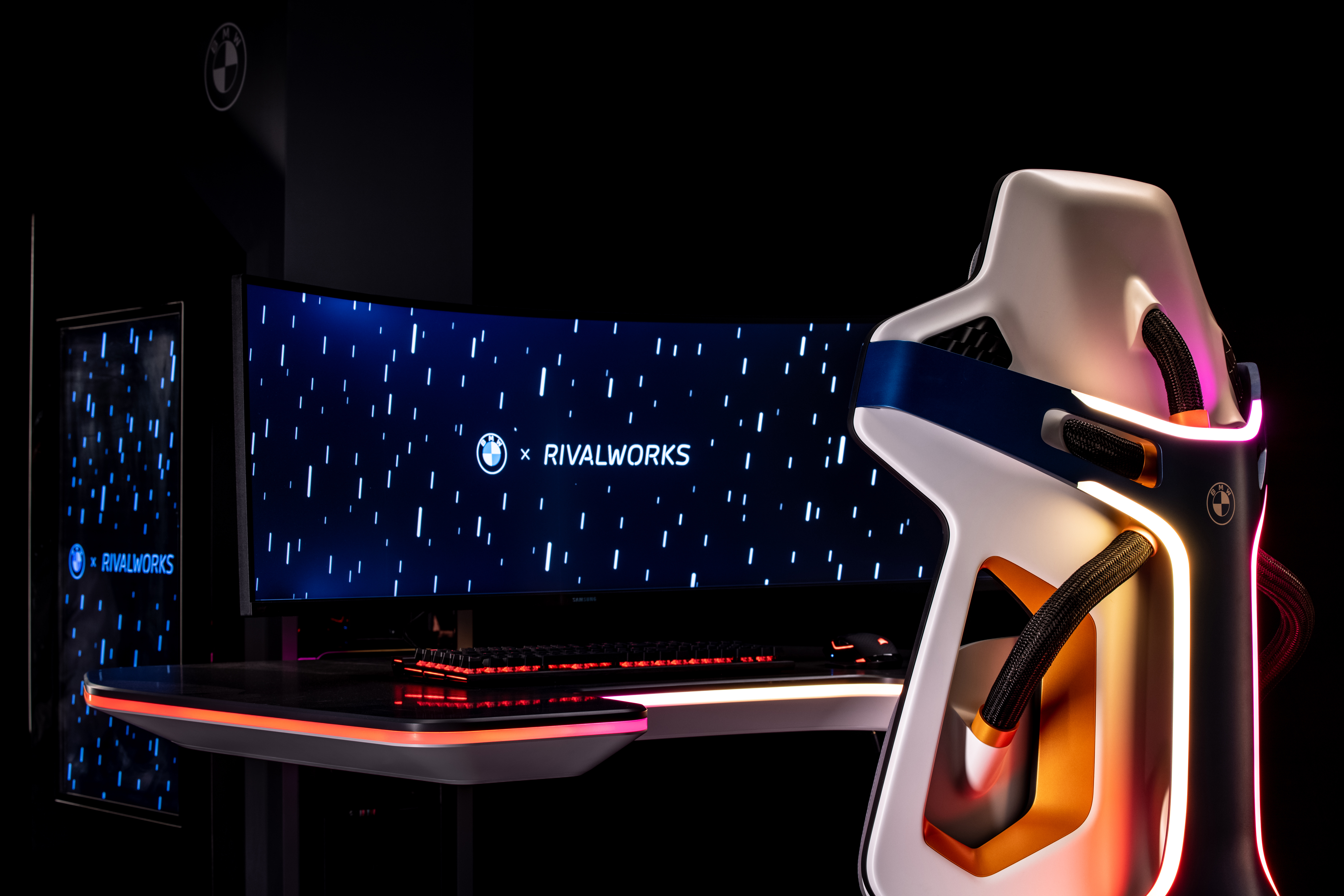 Munich. BMW Welt was the epicentre of the Esports industry on Monday, as it hosted the first BMW Esports Boost. In a series of talks and panel discussions, the many participants from around the world were given exclusive insights into the world of Esports. Some of the industry’s most important protagonists – from industry experts and publishers to the CEOs of prestigious Esports organisations – also looked at some of the most exciting future trends. Highlights included the world premiere of “The Rival Rig”. This visionary Esports hardware is the first product from the RIVALWORKS virtual technology factory.

“Today, the eyes of the Esports community were on BMW Welt and our Esports Boost festival,” said Stefan Ponikva, Vice President Brand Experience BMW. “A big thank you goes to all our speakers, who provided a vast array of insights and inspirations in their talks and panel discussions – and, of course, to our cooperation partner Seven.One Sports. With the BMW Esports Boost, we are entering another level of our involvement in Esports: RIVALWORKS. This sees BMW immerse itself in the virtual world, with totally new target groups. With ‘The Rival Rig’, we have launched the first product from our virtual technology factory. For us, this represents the logical link between reality as a tech company and totally new digital experiences. BMW Group Designworks has turned a bold vision into reality in an impressive manner. BMW Esports Boost, RIVALWORKS and ‘The Rival Rig’: Today has shown once again what a strong catalyst BMW is for Esports.”

RIVALWORKS made its first appearance in the fictitious Manga series “Heroes of Rivalry”, with which BMW, together with its partner teams, offered Esports fans a totally new storytelling format in recent months. RIVALWORKS was portrayed as a technology factory, in which BMW engineers researched ideas and hardware components. The goal is always to use innovative technology to promote competition between players and teams in Esports, and to take this to a new level. This has now produced its first (real) product: “The Rival Rig”.

In the real world, BMW engineers developed the ground-breaking concept for this multifunctional gaming hardware, supported by the BMW Group’s innovation studio Designworks. The focus was on “Gaming Performance”, “Players’ Health” and “Open Source”. As a result, “The Rival Rig” offers many unique features to support players’ performance, whilst at the same time integrating health aspects. “The Rival Rig” is also designed as an open platform, which, in the future, will incorporate ideas and stimulus from the community, as well as from gaming platforms and third-party hardware and software providers. The many stand-out features of “The Rival Rig” include the “Microclimate Control System” and “Adaptive Seating”. AI-controlled interaction between integrated sensors, pneumatic air pads and electro-mechanical actuators ensure that the whole platform is perfectly geared towards the players.

As well as the presentation of “The Rival Rig”, a host of top international speakers at the BMW Esports Boost used fascinating panel discussions and presentations to provide new ideas and give exclusive insights into the world of Esports. In his talk, Christopher Hana from “The Esports Observer” highlighted the characteristics of Esports as part of the gaming culture. In the panel discussion “Advertising to a community that hates advertising”, participants learned the golden rules for advertising in an Esports and gaming environment. Under the heading “Boost your Esports”, speakers discussed growth trends and the growing importance of mobile Esports, virtual influencers and virtual reality in Esports and gaming. Furthermore, the increasing relevance of mainstream media like esports.com as key growth drivers for Esports was emphasised. Experts identified the shooter “Valorant” from Riot Games as the title with the biggest growth potential, as confirmed by the involvement of BMW.

Mr. Hampf, Designworks meets RIVALWORKS: How did you and your team approach the challenge?

Holger Hampf: “The Rival Rig by BMW and RIVALWORKS, more than any other project before, was about pushing the boundaries of human capabilities. What we wanted to achieve is a gaming rig design that takes both technology and aesthetics in this field to the next level. Our goal was to create the most comfortable seating, hand posture and head movement situation, that allow the gamer to fully immerse herself or himself and experience a sense of weightlessness. It’s a once in a lifetime opportunity for a designer to work on a project like this as we were able to play to extremes in terms of technology.”

What were your sources of inspiration for this extraordinary excursion into the world of Esports?

Hampf: “We searched for inspiration in fields where humans have to take decisions in split seconds. Our design was influenced by the characteristics of spaceships and Formula 1 cars. If you think of spacecraft design and human spaceflight, you understand that astronauts have to operate very complex systems, and that they have to make decisions super quickly, often beyond what we call ‘normal human capacities’. The same observations we made in Formula 1 where the physical capabilities of drivers are developed to an extreme level. We applied our learnings from these fields in a new context, all down to a microscopic level. This project really was about millimeters rather than centimeters.”

For Esports enthusiasts “The Rival Rig” is the gateway between the real and virtual world. How is this reflected in the design?

Hampf: “First of all, we developed the gaming rig in very close collaboration with gamers. Only if you understand the physicality of a potential user, his or her size, weight, arm length, hand size etc. you’re able to create a design that allows the gamer to fully immerse himself or herself into the digital world. Secondly, major design choices we made for the rig were influenced by the aesthetics you typically find in games. These visual worlds also influenced the ambience we wanted to create: The gaming rig can mirror what’s happening at that very moment in a game through LED lighting effects that utilize the entire light spectrum – from calming moods to a brightly lit activity scenes. This means the design of the gaming rig does not only have the gamer but also the audience in mind. Esports is a dynamically growing field with an immense public audience, both online and via live staged events. We wanted to make sure ‘The Rival Rig”’ increases the bonding between gaming athletes and spectators worldwide. Special lighting features for example allow fans and followers to become part of the action.”

“Lastly, and this is really unique, we designed a rig which is able to actually read the user and communicate with him through constant analytics of movement. This means the gamer isn’t adjusting anything herself or himself anymore. If, for example, temperature builds up in his or her back, the rig would provide cool air. If there is pressure on the armrests, the gaming rig would lower the armrest and eliminate these pressure points. It is a gaming rig setup enabled by AI.”

IAA 2021 Panel: How Infrastructure and Design Shape the Future of Our Spaces